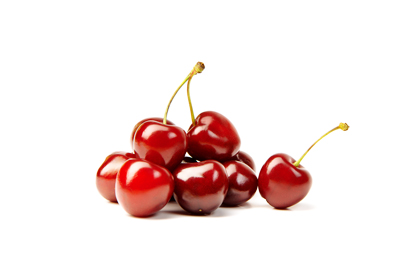 Here are 6 amazing pain-fighting foods that you really need to know about!  Almost everyone deals with physical pain at some level; by adding more of these to you diet can drastically increase your ability to deal with pain and reduce the pain itself.  It’s all about reducing inflammation, and these 6 foods help you do that!

Muraleedharan Nair, PhD, professor of natural products and chemistry at Michigan State, found that tart cherry extract is ten times more effective than aspirin at relieving inflammation. Only two tbsp of the concentrated juice need to be taken daily.

Berries are anti-inflammatory & antioxidants, which lower inflammation in the body.

Ginger reduces pain-causing prostaglandin levels in the body and a study by Indian researchers found that when people who were suffering from muscular pain were given ginger, they all experienced improvement! The recommended dosage of ginger is between 500 and 1,000 milligrams per day. If you’re taking medications, check with your M.D. for possible herb-drug interactions.

Turmeric is the yellow spice commonly used in Indian curries. In research it has been shown to be a more effective anti-inflammatory than steroid medications when dealing with acute inflammation. Its main therapeutic ingredient is curcumin. Research shows that curcumin suppresses pain through a similar mechanism as drugs like COX-1 and COX-2 inhibitors (without the harmful side effects). Choose a standardized extract with 1500 mg of curcumin content per day.

Many fatty fish like salmon, mackerel and herring also contain these valuable oils. Omega-3s convert in the body into hormone-like substances that decrease inflammation and pain. According to Dr. Alfred D. Steinberg, an arthritis expert at the National Institute of Health, fish oil is an anti-inflammatory agent. Fish oil acts directly on the immune system by suppressing 40 to 55 percent of the release of cytokines, compounds known to destroy joints.