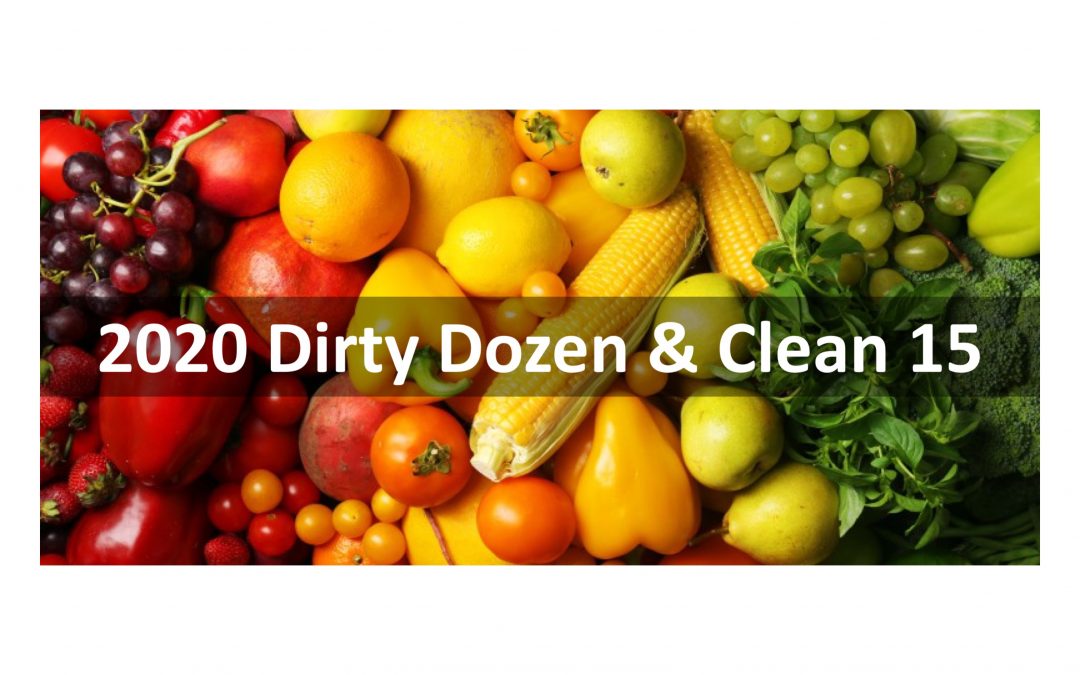 Each year the Environmental Working Group puts out 2 lists relating to produce we eat and pesticides.  The produce that holds the highest amounts of residue of pesticides (called the Dirty Dozen list), and the second list details the produce which is the “cleanest” and has the fewest pesticide residues (called the Clean 15 list).  My recommendation is to buy the Dirty Dozen produce organic always!  You can read the Full Article at: https://draxe.com/health/dirty-dozen/

Dirty Dozen List Highlights: The United States Department of Agriculture tests found 230 different pesticides and pesticide breakdown products on thousands of produce samples analyzed.  Washing and peeling produce will not remove all pesticide residues. Data for this report comes from USDA and FDA pesticide residue testing from fruits and vegetables tested as they are typically eaten. “This means it’s washed and, when applicable, peeled,” explains Alexis Temkin, PhD, co-author of the report. “For example, bananas are peeled before testing, and blueberries and peaches are washed.” Environmental Working group analyzed USDA pesticide residue data and found that almost 70% of non-organic produce sampled tested positive for pesticide contamination.  More than 90% of samples of strawberries, apples, cherries, spinach, nectarines, and kale tested positive for residues of two or more pesticides. Kale samples detected 18 different pesticides.  On average, kale and spinach samples harbored 1.1 to 1.8 times as much pesticide residue by weight than any other crop tested.  Neonicotinoids pesticide residues, known for harming pollinators, were detected in/on almost one-fifth of fruits and vegetables humans eat, and may harm the developing fetus and children.  Residues of at least 1 of 3 neonicotinoid pesticides banned in the European Union – imidacloprid, clothianidin and thiamethoxam – were found on more than ½ of the samples of potatoes, spinach and lettuce tested in the USA.  Neonicitoinoid contamination was also found on more than one-fourth of the samples of U.S. cherries, watermelon and strawberries.

Clean 15 List Highlights: Avocados and sweet corn were the cleanest tested, with fewer than 2% of samples showing any detectable pesticides.  More than 80% of pineapples, papayas, asparagus, onions and cabbages contained no pesticide residues.  None of the fruit on the Clean Fifteenlist tested positive for more than four pesticides.  Important: Some papayas, sweet corn and summer squash in the USA is grown from GMO seeds, so in my opinion, it’s best to always choose organic in those.