Identity: the fact of being who a person is 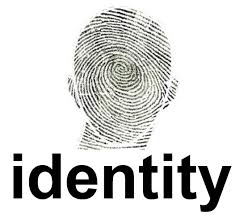 Identity: the fact of being who a person is

Now I have a personal question to ask you: Who defines who you are?

Do we most often allow humans to define who we are? This can be a negative or positive thing obviously…and problematically we never know which it will be! When other people are allowed to define our identity…when we get enough insults or we’re ignored long enough, our own personal identity then becomes unworthy and defeated. In the same way, enough praises and applause from people and we become puffed up and tend to think we have no faults or do no wrong. When your identity is put into the hands of other people, I would propose that is the wrong place. It’s too shaky, it’s too unstable, and it was never meant to be that way. We really can know who we are based on who our Creator says that we are. We really can receive an unending and undying love of a Savior who never changes…and thereby allow Him to define who we are. The book of Revelation calls God the One who was, the One who is, and the One who is to come. There is a God who is the author and the perfecter of your faith and my faith, and thanks be to Him…it only takes a mustard seed of it. My point is this: if we allow the shifting sands of human applause or criticism to define who we are, it will cause us to continually waver and continually fall. On the other hand, when we allow the Creator of the Universe, Jesus the Savior of all mankind, the Spirit of Truth to define who we are, now we have solid ground. Now, we have stability in a world that is already more unstable than we can imagine. There is an old hymn that goes like this: “On Christ the Solid Rock I stand, all other ground is sinking sand, all other ground is sinking sand.” Amen