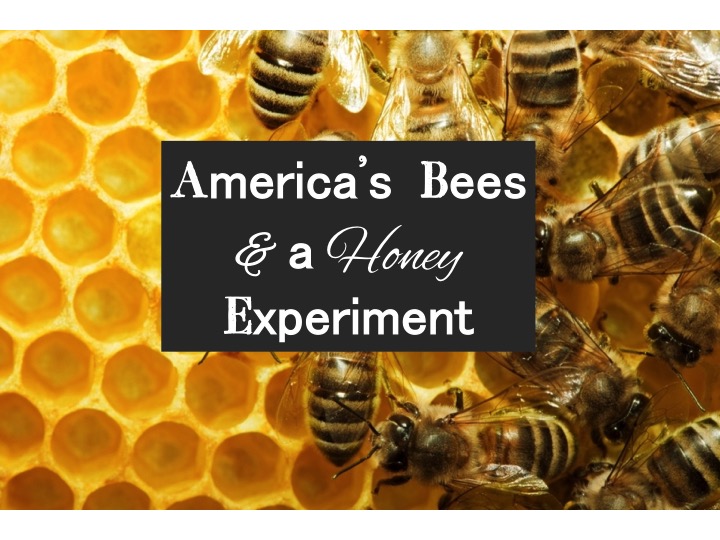 I recently watched the most fascinating report on CNN about Honeybees in America.  It includes an interview and experiment on honey with Dr. Vaughn Bryant, an anthropologist and pollen specialist at Texas A&M. He specializes in identifying if honey has pollen, and if so, tracing it back to its region of origin.

Wouldn’t you think that ALL honey would have pollen? And the answer should be YES…except, much of the honey in stores does NOT contain any pollen. Largely, this is due to our bee population in America and across the globe dying out. It is estimated that since 2006, we’re losing 1/3 of our bee population yearly. The question then becomes, “WHY?” Why are our bees dying off?   There are may theories out there, including pesticides (particularly the use of neonicotinoids), disease, changing environment, etc. But, what I found provoking was what Dr. Bryant at A&M found in this experiment he did. They took “Burleson’s” & “SueBee” brands, a “New Zealand Manuka” honey and a bottle that was labeled “100% Texas Honey.”

So, Dr. Bryant proceeds to perform his experiment to find out if these bottles of honey.

2) Does that pollen match the label?

The result: Burleson’s & SueBee brands contained “Zero” pollen. The theory here is that because of honeybee population decline, America ends up importing a huge amount of honey. The world’s largest honey exporter? CHINA. Chinese honey can contain heavy metals, antibiotics & other contaminants, so there is a 221% tariff on all Chinese honey imports to the U.S. to discourage trade with them. The problem is that Chinese honey ends up being laundered into the U.S. though other countries and being improperly labeled to avoid the tax. Often all the pollen is removed from the honey so that it cannot be traced to its’ actual region of origin.  When asked about this practice, Dr. Bryant said,

“Well let’s put it this way. We sample honey from all over the United States and we found that 80 percent or more of the honey we tested was not what it said on the label. The other pollen with some of the honey from other countries could have harmful pesticides in them. By removing all the pollen, you have no idea where it comes from.”

The good news? The Manuka honey & the Texas honey were both exactly what they claimed to be on their label.

The take-home message?  Buy local, that way you have your BEST chance at getting what you pay for. We have some great honey producers right here in Hood County!  Plus local honey can help with allergies, which most of us need!